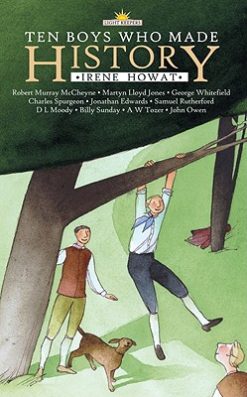 Ten Boys Who Made History

These Christian stalwarts were once young boys playing games, learning from mistakes and growing up in quite a different world. But was it that different? Irene Howat has researched the lives of these men of God and draws out lessons we can all relate to, especially youngsters today. Charles Spurgeon (Preacher and Writer); Jonathan Edwards (Revival Preacher and missionary); Samuel Rutherford (Westminster Confession of Faith; Preacher); D L Moody (Evangelist and Children’s Worker); Martin Lloyd Jones (Physician and Preacher); A W Tozer (Preacher and Writer); John Owen (Preacher and Writer); Robert Murray McCheyne (Preacher and Mission worker); Billy Sunday (Sportsman and Evangelist); George Whitfield (Revival Preacher and Orphanage founder). Find out how Samuel showed people that love works better than fear; John made friends with powerful rulers and humble craftsmen; Jonathan helped the Iroquois Indians and then was asked to teach at Princeton; George preached Salvation to thousands and saved the lives of children; Robert lost his brother but found Jesus; Dwight sold shoes in a shop and then taught children in a caravan; Billy played professional baseball and then preached the gospel; Charles became a Christian in a snowstorm and then told the world about Jesus; Aiden rescued orphan lambs and then he was saved by Jesus; Martyn became a doctor but found a better medicine for souls. 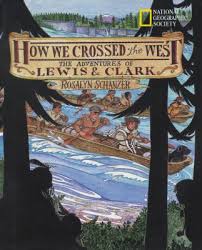 How We Crossed the West: The Adventures of Lewis and Clark 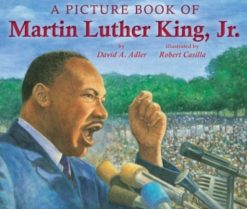 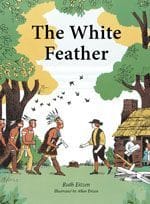 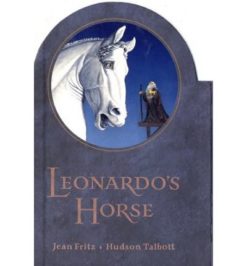 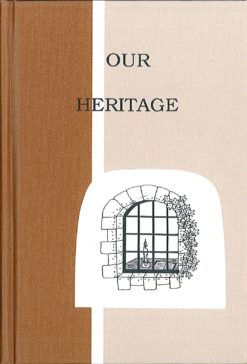